Rumble in the RNC: GOP Factions Brawl over Immigration, Martinez

“With some people, the issue of amnesty is a litmus test and anything short of a concentration camp is amnesty,” said Republican National Committee member Paul Senft Jr. of Florida. He was speaking of his fellow RNC members, a number of whom are plotting a party coup to prevent Sen. Mel Martinez (R-Florida), Bush’s pick, from assuming the title of general chairman.

Bush picked Martinez to head the Republican Party shortly after the midterm elections, in which the party lost control of both houses of Congress in spite of – or because of – the obsessive efforts by many to cement a Republican alliance with anti-immigrant extremism. Despite Martinez’s partisan and right-wing credentials – the Family Research Council gave him a perfect score – the Right reacted immediately by attacking the senator, who immigrated from Cuba as a teenager, for his support for comprehensive immigration reform. Pat Buchanan accused Bush of “pandering” to minorities only to alienate whites, and Mark Krikorian of the Center for Immigration Studies called the pick “disturbing.”  Rep. Tom Tancredo (R-Colorado) warned that if Martinez continues to support comprehensive reform he will alienate “rank-and-file Republicans” and cause “another shellacking at the polls.”

While the president’s selection seemed like a foregone conclusion, a group called English First unveiled a campaign to “defeat” the nomination, launching StopMartinez.com: “Wrong on English. Wrong on Amnesty. Wrong for the Republican National Committee.” In addition to immigration reform and declaring English as the national language, the web site decries Martinez’s use of Spanish in a Senate speech, as well as his alleged position on statehood for Puerto Rico. (“Think West Virginia or Alaska, only poorer,” warns the group ominously.) 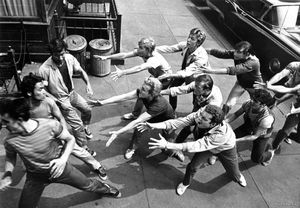 The conservatives — one of whom accused the Bush White House of “outsourcing” party leadership — say the general-chairman post does not exist under RNC rules, which can be changed only at the party’s presidential nominating convention.

Unhappy committee members say that, in the past, Republican presidents and RNC leaders have successfully run roughshod over the rules, because the RNC officer presiding over votes at committee meetings have simply overruled points of order and other objections from the floor, with no accredited professional parliamentarians to exercise a check.

This time, the organizers of the rebellion say, their strategy will rely in part on having a parliamentarian present. And violations of Robert’s Rules of Order and of the RNC’s written rules — adopted at the 2004 Republican National Convention in New York — could result in legal challenges. …

[RNC member Randy] Pullen pointed out that Mr. Martinez, who served as Mr. Bush’s secretary of Housing and Urban Development before winning a Senate seat, is not an RNC member. RNC rebels say the rules are clear that the person who heads the committee must be a member of the committee.  “Outsourcing our leadership at this critical time is not an option,” Mr. Haugland said.

While the anti-immigrant faction hoping to undermine Bush’s selection may not succeed in preventing Martinez from becoming general chairman, they may succeed in further distancing the party from Hispanic voters.