Minuteman Finances Look Even Shadier Than Before

When they appeared, fully armed, on the national scene, the self-appointed border vigilantes known as Minutemen had no greater ally in the news media than the right-wing Washington Times newspaper. Today, with media attention shifted elsewhere and a new Congress less friendly to the anti-immigrant fringe, the Minuteman Civil Defense Corps probably wishes the paper would just leave it alone.

Back in July, Times reporter Jerry Seper – who had spent many months writing glowing articles about the anti-immigrant group – wrote an article suggesting financial mismanagement by the organization’s leadership:

Many of the group’s most active members say they have no idea how much money has been collected as part of its effort to stop illegal entry — primarily along the U.S.-Mexico border, what it has been spent on or why it has been funneled through a Virginia-based charity headed by conservative Alan Keyes. Several of the group’s top lieutenants have either quit or are threatening to do so, saying requests to Minuteman President Chris Simcox for a financial accounting have been ignored. …

Critics said vast sums of money are being collected to build what has been described as an Israeli-style fence to keep out illegal aliens, but all that has been constructed is three miles of a five-strand barb-wired range fence on 2-inch metal poles. One former Minuteman volunteer said the fence “wouldn’t stop a tricycle.”

Simcox promised an audit and lashed back at “those who have tried to destroy this organization,” who he said were racists who had been purged from the group.

Seper followed-up with another article in August, finding the trail of donations still a mystery, and in October, Seper noted that much of the money raised for campaigns on behalf of congressional candidates by the Minuteman PAC was going to private companies associated with Alan Keyes. Simcox reacted angrily, telling Seper, “You obviously need to learn more about how PACs work and the FEC requirements. Many of your questions don’t make sense and show your lack of understanding,” he said. “Thanks for the heads up on what will no doubt be your next hit piece on the MCDC movement. Who put you up to this, Karl Rove and Bush?”

Today, Seper examines the Minuteman Civil Defense Corps’ newly-filed IRS form for 2005, and finds that not only did the group raise only $418,000 – far less than the $1.6 million it claimed – but it did not spend the $196,000 it claimed it did on outfitting its volunteers during its “border vigils”:

The Minuteman Civil Defense Corps, under fire for a lack of financial accountability, spent nearly $450,000 last year for volunteers to patrol the U.S.-Mexico border — about $31,000 more than it collected in donations and registration fees — according to a report released yesterday.

The organization’s first Internal Revenue Service Form 990 filing as a 501(c)4 tax-exempt charitable trust showed nearly $285,000 in MCDC contributions, or roughly 63 percent, were used to pay for program management and operating expenses, such as travel expenditures, salaries, educational materials and office expenses. Another $145,000, about 32 percent, went for MCDC’s fundraising programs.

According to the report, about $20,000, or 5 percent, was spent on field supplies, meals, fuel and background checks for the claimed 8,500 Minuteman volunteers, who last year staffed observation posts at selected points along the Mexican border from California to Texas in April and October.

Simcox, who in October suggested Seper’s inquiries reflected a “lack of understanding” about non-profit accounting, portrayed the disclosure of the 990 form as a one-time, magnanimous gesture representing the group’s transparency:

MCDC officials declined to discuss the Form 990 report with The Washington Times, but Mr. Simcox said in a statement posted on the organization’s Web site, “We are releasing our organizational IRS Form 990 and the additional audited financial statements on deadline, as promised, when promised.”

He also said that the group’s board of directors, which he heads, had decided that “this year and this year only” it would make public the organization’s financial statements — citing what he called “outright malicious lies about the status of MCDC finances.”

But as those in the non-profit world know, organizations are required by law to give their 990 filing to anybody who asks. As for the independent audit, the part released on the group’s web site merely reiterates the totals listed in the 990 – including $174,000 in unspecified “professional services.” (The five-page summary helpfully specifies that “The accompanying notes” – not included on the web site – “are an integral part of this financial statement.”) The auditors say their job is to certify that the group’s statements are “free of material misstatement” – but it does not make any claims about material mismanagement. 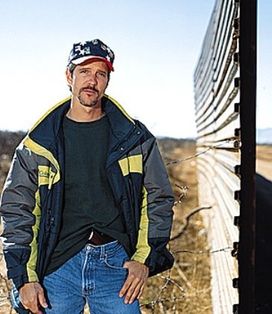