In the Nation, Christopher Hayes offers some insight into the origin of the “North American Union”—“NAFTA Superhighway” conspiracy theory, which he writes came out of a proposal for a toll-highway in Texas and spiraled into “the first stage of a long, silent coup aimed at supplanting the sovereign United States.”

“North American Union” rumors swirl around the Internet, in spite of (or because of) a lack of factual support beyond a couple disparate, exaggerated elements – such as the Texas highway proposal and meetings between Bush and the leaders of Canada and Mexico that invoke the menacing word “partnership.” These rumors are championed by CNN host Lou Dobbs, Phyllis Schlafly, “Swift Vet” co-author Jerome Corsi, and the John Birch Society, as well as politicians such as Rep. Virgil Goode (R-VA) and presidential candidates Rep. Tom Tancredo (R-CO) and Rep. Ron Paul (R-TX).

But if you were waiting for a moment to take the conspiracy seriously, your moment has arrived: legendary crooner (and occasional far-right spokesman) Pat Boone writes that “We’ve arrived at the most precarious time in this country since the Revolutionary War…” 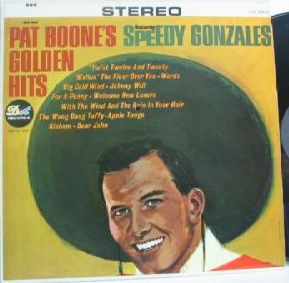 [The founders] probably couldn’t envision a time when our own elected leaders might conceive of a plan to surrender our sovereignty, our independence, our very borders to other countries, other governments!

But that circumstance seems to threaten our country right now. And, apparently, it has been underway for some time.

Have you heard rumblings about a North American Union – a combining of borders, economies and governments of the United States, Canada and Mexico? Into one vast community, just like the European Common Market? With the U.S. dollar, the Mexican peso, and the currency of Canada all merging into something called the “Amero”?

No? Well, that could be because the powerful men who are working to make this happen don’t want you to hear about it…yet. It is apparent that most Americans don’t want to be lumped in with the Mexican economy and political corruption or even with the admirable but comparatively timid and socialistic Canadian version of democracy. We, the great majority of us, want us to steer our own ship, achieve our own victories and make our own mistakes, beholden to no one else and free to change our course if we collectively choose to.

Would you like to change your address to Albuquerque, North Mexico? Or Pittsburgh, Southern Canada? Or even Atlanta, Georgia, North American Union? Not United States of America? Me neither!